DPP mayor visits to China to be cut off? + LINKS 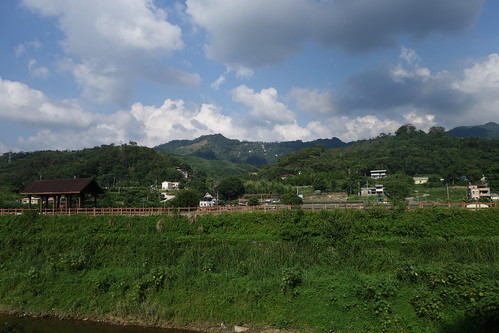 Haha. Accepting One China may be requirement for DPP mayor visits.


Kaohsiung City Mayor Chen Chu (陳菊) has expressed her willingness to visit the mainland and received President Tsai Ing-wen’s (蔡英文) support for doing so. However, a high-ranking Taiwan-affairs official has indicated that because there has been a “structural change” in cross-strait relations, the two sides are now in a “cold confrontation,” and if green-camp city and county chiefs visit the mainland, it may give the outside world the wrong impression. Hence, until the new government accepts the principle that both sides of the strait belong to one China (兩岸一中), on top of SEF-ARATS and MAC-TAO exchanges being suspended, the door to exchanges with pan-green local government leaders will be shut.

This is good news, if true -- and there is so much tension hyping it is always a good idea to wait and see... It means that China has reduced its ability to subvert DPP officials and moreover, provided a filter for identifying who in the DPP might already be subverted/subvertable: they will be officials welcome to visit China.

This is also another demonstration of the "punishments" China metes out: they are only actions which have no real cost to China, and consist of reduced contacts, rather than something concrete. For all its bluster, China knows it has only limited leverage, since virtually all concrete and serious punishments of Taiwan will be costly for China in some way, and will only push Taiwan further away. Similarly, UDN reported that Chinese students might be restricted from studying in Taiwan: "might be" -- a variant of the non-punishment punishment is vapor punishment, in which the issue is raised but nothing ever occurs (Cole runs with it at New Lens, I'm waiting until my Chairman tells me that is so, because nothing has come down from the MoE). As Ben Goren put it on Twitter:


In other news, rumours of rumours spark flood of panicky headlines amongst media desperate for conflict and tension.

A useful review of Taiwan-India relations and their prospects in the New Lens, which is rapidly churning out excellent stuff on Taiwan under J Michael Cole. This article on Taiwan's handling of the mass burn victims from the water burn disaster is also good, as is Cole's write up of the problems of compulsory vs volunteer military service in Taiwan.